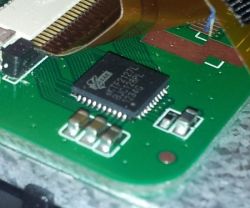 Have you cloned from https://github.com/linux-sunxi ?? if yes, which branch ?

@sachin: It was the sunxi-3.0 branch from the linux-sunxi tree. In any case, this should be fairly easy to fix as it only adds a file and modifies Kconfig/Makefile.

Yes, you patch adds a new file 'ektf2k.c' and modifies Kconfig & Makefile. I think I have to pull recent commits for sunxi-3.0 for your patch to work.

I have posted the error in sunxi mailing list. Please reply to that as it will be more public.